5G is officially here for consumers and businesses nationwide. Contact us for the latest incentives. Current AT&T Consumer Unlimited Wireless Plans will come with 5G at no additional cost starting 8/7/2020.

FirstNet®, B2B/B2C, Enterprise Mobility. Promo/Bundle savings of up to $780 and FirstNet offers an extensive selection of devices and accessories! 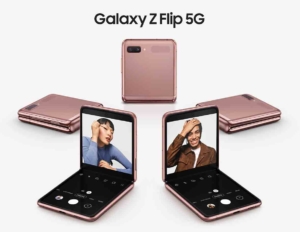 The Samsung Galaxy Z Flip 5G is also FirstNet Ready™, which means first responders can use it to tap into the power of FirstNet® – America’s public safety communications network. FirstNet Ready devices are tested and approved to operate with services using the FirstNet LTE network core. This gives public safety access to the critical capabilities that FirstNet enables, like the full power of AT&T’s LTE network, including Band 14 spectrum, which serves as a VIP lane for first responders.

FirstNet is the nationwide public safety broadband network, services, and solutions dedicated to First Responders and those who support them. It is more than a network, including advanced services, applications, and purpose-built devices. FirstNet is accountable to keeping your lines of communication open with dedicated mission-critical solutions that will modernize public safety.

Built for you. Inspired by you.

“I was under the impression that FirstNet was for first responders only. It’s essential that every utility under our watch has the capability and the reliable services that FirstNet provides. It’s critical.”

IMPLEMENTATION: (2) weeks to a month; depends on eligibility approval and contract process.

*As of May 7, 2020 release *Based on AT&T analysis of Ookla® Speedtest Intelligence® data median download speeds for Q1 2020. Ookla trademarks used under license and reprinted with permission.

A Master Agent for Cloud, Telecom, and Cyber Security solutions. A FirstNet® Dealer for the first-responder public safety network. We help you sort through complex technology offers to implement the right solutions for your business.